Skip to content
We’re reader-supported. When you buy through links on our site, we may earn an affiliate commission. 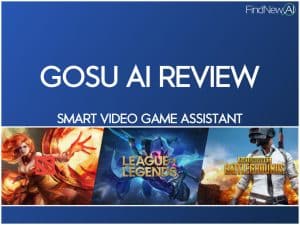 In this article, we will review Gosu AI so that you understand how it works and what games it support.

Gosu AI is an online game analysis service that points out all your flaws. It also tells you how to fix each of your flaws.

Does it live up to the hype?

Let’s dive in and find out!

What is Gosu AI?

Gosu AI is a tool that analyzes your game results to offer you catered advice. You can then use this advice to win more at some of the most popular mobile games. Gosu AI supports games like DOTA 2, PUBG and League of Legends.

Gosu AI uses artificial intelligence to predict questions based on context and proactively provides tips and strategies in-game. Examples of tips Gosu AI can offer you include what items to buy or what abilities to learn.

Some games have a full Gosu voice assistant and others just provide pre-game and post-game analysis.

Installation is simple and painless. Just sign up for an account on the Gosu AI website then add the Gosu AI Steam Bot to your Friends List. The bot will automatically send you a Direct Message via Steam. The message will come with a link to your Gosu AI profile where you can view your match results and analysis.

Let’s take a look at the games that this tool supports.

If you play any of the games above, a lot of your components are already using Gosu AI to become better players. If you want to get better and stay competitive, you’ll want to get in on Gosu too.

Next, we’ll go through each game in detail and how you can use Gosu AI to improve your gameplay.

League of Legends, LoL for short, is a competitive fantasy-themed multiplayer online battle arena (MOBA) game. It is the world’s most popular PC game. League of Legends is the gold-standard of the MOBA genre and features an ever-expanding pool of playable champions.

LOL is a team-based strategy game where two teams of five battle to destroy the other’s base. You choose from over 140 playable characters (called champions) to make epic plays, secure kills, and take down towers. Throughout each game, you have to use strategy and teamwork in order to win.

Champions show a deep level of variation. Each match’s competition level increases as you play more, requiring you to improve your game in order to stay competitive.

Gosu AI is a voice assistant for League of Legends. It tracks your game and gives you real-time pointers as you play.

For example, it reminds you that at certain times in the game, Junglers usually hit level three and look for gank opportunities. This type of information is fed to you so that you don’t have to remember everything about the game.

You can also ask your Gosu voice assistant questions during your League of Legends. Some questions you can ask are:

Gosu uses artificial intelligence to guide you through each match. It gives you pre and post-match analysis of your game so that you can review and improve as you play.

Dota 2 is a multiplayer MOBA game consisting of five-on-five battles to destroy the other team’s “Ancient.” Before the game begins, each player must select a hero from a pool of over a hundred different characters.

There are supports, and tanky cores, and DPS-heavy glass cannon damage dealers, and plenty of roles in between. Teams that choose a line-up that synergizes well are more likely to win.

Dota 2 receives constant updates and evolving gameplay. It is popular in the e-sports world and there are thousands of professional players around the world.

The Gosu assistant is a smart voice companion for Dota. It provides you with live recommendations, suggests, and game flow observations. You can also talk to your game assistant and ask questions such as:

Gosu Assistant for Dota 2 provides post-match analysis for your play. Gosu helps you improve fast and by showing you your weak and strong sides.

Gosu AI does all this to help you figure out what you are doing better or worse than other players at your rank. You can use this information to improve your game and because a better player.

Playerunknown’s Battleground (PUBG) is a competitive survival shooter formally developed and published by Bluehole. Players are dropped into a wide, open area. They must fight to the death – all while the battlefield shrinks, adding pressure to everyone in the game.

You can use a variety of interesting weapons and vehicles around the Battlegrounds to strategize, hide, and kill other players. Killing off another player cuts down on your competition and also offers up the opportunity to grab some loot.

PUBG’s Gosu Assistant helps you play smarter. It does this by going over raw stats match for match with analytics such as landing rate, landings, and death rate. Other analytics are time alive, kills, damage dealt in the first ten minutes, and average damage.

By learning which weapons you excel at or struggle at most, you can begin to fix your weaknesses and build on your strengths.

Gosu also uses artificial intelligence to analyze data about PUBG players in general during every game it watches. On the website, you can view:

What games do you use the Gosu AI tool for? If you have any more questions about the service, comment down below and let us know!

Disclosure: Some of the links in this article may be affiliate links, which can provide compensation to our site at no cost to you if you decide to make a purchase. These are products I’ve personally used and stand behind. This site is not intended to provide financial advice and is for entertainment only. You can read our affiliate disclosure here. 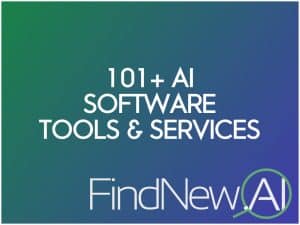